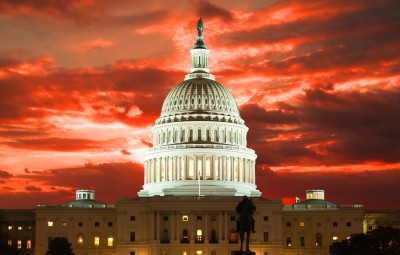 In testimony before Congress, as commentary about how government policy, or the lack of it, is affecting the general populous, Bernanke  commented  “this is no way to run a railroad”. Let’s discuss Congress, the Federal Reserve and housing policy.

In a recent discussion before the House, Ben Bernanke, Chairman of the Federal Reserve, noted that Congress needs to do more to create jobs and more on housing policy.  He noted that any significant Federal Reserve policy changes will likely wait until the economy is in better shape.  This was his way of saying “tag, your it”.

Historically, the Federal Reserve and Congress have little direct interaction between them on housing policy.  They each stay on their own side of the fence. More succinctly, the Fed and Congress seldom address housing policy with coordinated efforts. At least this was true prior to 2008.

Note to self: The Federal Reserve is responsible for monetary policy. Congress enacts laws. So what has Congress been up to?

Saving Freddie and Fannie. And the alternative was…. no one knows.  There was no practical alternative. Perhaps prior to seeing the Super Committee “punt” we could give Congress more credit. We do know, however, that without these two GSE’s mortgage banking as we know it would have ceased to exists.

Insisting on higher underwriting standards. The end game is that a large percentage of new mortgages will be held by Freddie/Fannie, so Congress acted accordingly. Part of the pendulum swinging too far the other way, but necessary.  Results are that viable credit scores for mortgages have moved up at least ten percentage points. I believe private lending institutions would have enacted this as a matter of good business.

Banking.  Dodd-Frank is a monster.  Same as with changes in underwriting, this law went way too far in attempting to further regulate an over-regulated business. But can anyone blame them? With an objective towards minimizing systemic risks we can only hope that the cure is no worse than the disease.

I sometimes think such overt legislation is following the old rule of lawyers keeping lawyers in business. But with the entire financial system on the brink of meltdown Dodd-Frank- even as an over-reaction to the over-reaction of the markets, will hopefully make the entire system less likely to implode.

For his part, Mr. Bernanke is staving off any interest rate increases until well into the next administration.  This is astonishing- to have made such a statement. In my view this represents the highest level of fear that can be expressed from the Federal Reserve.

This public policy statement is a further reflection of the over-all weakness in our financial system as it gingerly makes its way towards less leverage. I am referring to public leverage. Households too have many years ahead in restructuring personal balance sheets.

Any increase in interest rates  increases the costs of the Federal debt. Keeping rates at historic lows allows Uncle Sam (and you and me) breathing room to decrease debt with lower rates of interest. We should all take advantage of this window while it last, personally, professionally and as a nation.

About This Blog
Multifamily Insight is dedicated to assisting current and future multifamily property owners, operators and investors in executing specific tasks that allow multifamily assets to operate at their highest level of efficiency. We discuss real world issues in multifamily property management and acquisitions. This blog is intended to be informational only and does not provide legal, financial or accounting advice. Seek professional counsel.  For more information, visit: http://www.MultifamilyInsight.com

More from this Author

Mr. Wilhoit’s career has focused on high volume, large-scale multifamily communities including market rate and mixed-finance developments. John's experience includes institutional asset management and personal ownership of multifamily apartments. He is a consultant to property management companies, equity investors and developers. His experience includes responsibility for portfolios of 2,000+, 5,000+ multifamily units with equity in the hundreds of millions of dollars across forty states and most major cities in the United States. John Wilhoit, Jr. is President of Wilhoit Investment Network (WIN), an owner and asset manager of apartments, condominiums and town homes. He has previously held positions with HUD, AIMCO and the Maryland Housing fund. Mr. Wilhoit holds an undergraduate degree in Business from Pepperdine University and a Masters in Urban & Regional Planning from Alabama A&M University.