Real estate investing hinges on economic growth and demographic shifts in household formation; the two work hand-in-hand. To say they are unrelated creates an unnecessary blind spot in your investment criterion because it ignores that each affects the other so intimately.

There is no such thing as a passive real estate investment if you are responsible for making decisions that affect the property. No matter where you own real estate assets, household formation has an impact on value.

During a recession, household formation plummets. People stop moving, marrying, and getting on with their lives. They hit pause based on a lack of confidence that stems from not know how long the current period of economic contraction will occur.

Although the economy eventually bounces back, it’s interesting how and where population increases show up as people begin to venture out into the world.

Household formation: The number of new households that will be formed over the long-term. Based on projections of population by age cohort and age-specific headship rates, household formation is the underlying driver of long-term demand for new housing and thus new home construction.  Conference Board.ca 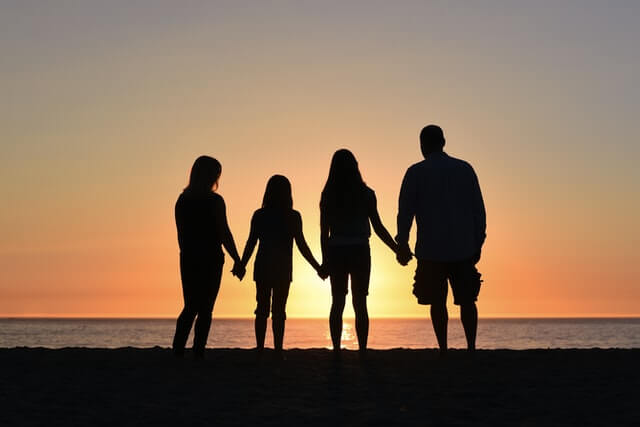 A rise in population in a metro area includes more than people just moving into just the urban core of major metropolitan areas; people often choose to be “close” to an urban center, but not in an urban core. Consider Atlanta, ,Georgia. For example, the city has a sphere of influence, reaching sixty miles in every direction.

…even when people move, they are most likely to remain close to home. A sizeable majority of movers stay in the same county (69 percent between 2009 and 2010), and relatively few move to a different state or region (11.5 percent). Economic Policy Program – Housing Commission Page 42

According to the UC Berkely Terner Center for Housing Innovation, it is true that household formation does not automatically accelerate with increased job growth; adult children may remain home with Mom and Dad long after employment bounces back.  People intentionally avoiding new household formation was acutely accurate during and right after The Great Recession.

The Great Recession began in December 2007 and ended in June 2009, which makes it the longest recession since World War II. Beyond its duration, the Great Recession was notably severe in several respects. Real gross domestic product (GDP) fell 4.3 percent from its peak in 2007Q4 to its trough in 2009Q2, the largest decline in the postwar era (based on data as of October 2013). The unemployment rate, which was 5 percent in December 2007, rose to 9.5 percent in June 2009, and peaked at 10 percent in October 2009. Federal Reserve History.org

Anymore, when the unemployment rate decreases, expect to see more single-person households at the upper-income levels of multifamily rentals. This change in renter cohort is due, in part, to increases in average age; older persons, unmarried, are not interested in roommates if they can sustain their lifestyle as a single.

Post-recession, demand for two-bedroom apartments increased with unrelated adults moving in together (roommates).  A shortage arrives for SRO units (single room occupancy) studios because they are the smallest and least expensive to rents.

One-bedrooms become abundant, on a per square foot basis, they are the most expensive to rent and fit best for a newly married couple or couple living together – those forming new households.

There are two predominant urban household growth locales; urban core and urban hubs in major MSAs (Metropolitan Statistical Areas).  At the end of the great recession, the following three cities experienced more than 20,000 new residents moving into the urban core, as represented by people moving within two miles of city hall.  They are:

Where are these single-person households congregating?  In urban environments.  You often hear about 24-hour cities, but the new “new” is the burgeoning 18-hour cities where traffic begins at 6 a.m. and things drop off around midnight.

These cities have multiple urban hubs that collectively make for a  large urban footprint, but with spacing, they require measurable commute times between urban centers.

(Sidebar: for generations, the U.S. remains a migration magnet, thus slowing the increase in “average age” in the U.S. as most immigrants are younger. China and India are unassisted similarly with in-migration.  The average age in the U.S. is increasing,  and is doing so at a slower rate because of immigration).

From a story in USA Today:

“Robert Lang, a University of Nevada-Las Vegas demographics researcher, said the doughnut model may not be the best one to describe what happens in most cities. Even the suburbs change at different rates, he said.”

While these three metros fall outside of the top twenty largest cities in the United States by size, or as economic juggernauts, they represent the significant regional population and commercial centers of influence within their respective states. You don’t have to be big to be relevant.

There are two consistently overlooked areas in market demographics research in multifamily; one is knowing what we have, the second is knowing the direction of change.

It’s easy to get caught up in the “top ten” list about city size or the direction of change in population growth or household formation. Going deeper reminds us that the fabric of our broader community is truly coast-to-coast and made of up urban areas large and small that all connect under our democratic form of government. These little everyday changes can impact real estate investments. It’s essential to pay attention to a granular level.

Cities are Growing, and Household Formation Points to Where

Each metropolitan is unique.  Most are growing, but not all.  It is imperative to know “the where” of household formation before investing is why household formation demographics makes all the difference.  The finer point is that describing a city as “growing or not growing” is too loose of a statement to commit investment dollars into long-term real estate investments.

Tell you something you don’t know, you say?  Most real estate investors follow their feelings versus facts. Be more specific?  The use of household formation to inform your investment decisions can make your rich, ignoring these numbers places your real estate investments in jeopardy of falling off a cliff as people move away from your committed geography.

Almost 30% of real estate is owned free and clear.  Much is held by families who have passed it down from one generation to the next.  Excluding farmland, taking away emotional attachment, today, do you own real estate that has a future for the next generation?  If the demographics in the area are long-term negative, consider your options, and think about selling and reinvesting into areas with long-term positive demographic attributes.  I don’t say this lightly.  I have personally experienced these trends in both directions.

John Wilhoit is the author of the best selling book on rent roll analysis: How to Read and Rent Roll. See also the companion guide to measuring the quality of rental income: Rent Roll Triangle.

More from this Author

Mr. Wilhoit’s career has focused on high volume, large-scale multifamily communities including market rate and mixed-finance developments. John's experience includes institutional asset management and personal ownership of multifamily apartments. He is a consultant to property management companies, equity investors and developers. His experience includes responsibility for portfolios of 2,000+, 5,000+ multifamily units with equity in the hundreds of millions of dollars across forty states and most major cities in the United States. John Wilhoit, Jr. is President of Wilhoit Investment Network (WIN), an owner and asset manager of apartments, condominiums and town homes. He has previously held positions with HUD, AIMCO and the Maryland Housing fund. Mr. Wilhoit holds an undergraduate degree in Business from Pepperdine University and a Masters in Urban & Regional Planning from Alabama A&M University.